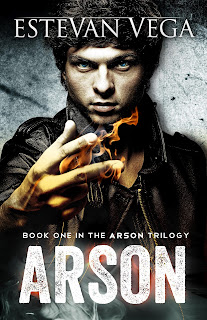 ARSON GABLE FEELS LIKE A FREAK. HE CAN CREATE FIRE. HE NEVER ASKED FOR IT. HE NEVER WANTED IT. BUT HE CAN'T SHUT IT OFF.

Before now, three things were true: he both loved and despised his grandmother; his life was going nowhere; and he was alone. But when a strange girl--who feels more normal behind a mask than inside her own skin--moves in next door, Arson hopes to find something he's never had: purpose. After years of living in fear, he will be forced to confront his haunting past and embrace the unknown as he walks the fine line between boy and monster. Edgy, realistic, and breathtaking, Arson, the chilling chronicle of an isolated teenager with unimaginable ability, is set to ignite the hearts and minds of a new generation. 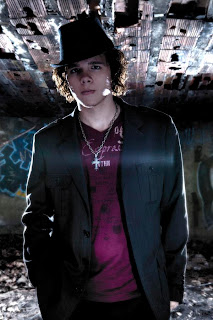 Since he was in fifth grade, Estevan Vega wanted to write. Determined to be published young, he released his first book, Servant of the Realm, at fifteen. At eighteen, The Sacred Sin was released. ARSON, his third and most popular novel, is the beginning of a series, followed by its sequel, ASHES. More in the series will come. Just released is THE FORSAKEN, a supernatural thriller. He has also released several short stories, which include VANILLA RED, BABY BLUE, and THE MAN IN THE COLORED ROOM. He lives in Connecticut. Check out www.estevanvega.com for more of the nitty gritty.