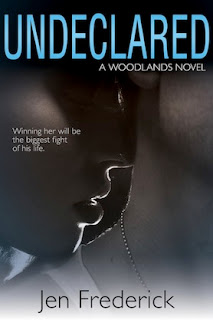 
For four years, Grace Sullivan wrote to a Marine she never met, and fell in love. But when his deployment ended, so did the letters. Ever since that day, Grace has been coasting, academically and emotionally. The one thing she’s decided? No way is Noah Jackson — or any man — ever going to break her heart again.

Noah has always known exactly what he wants out of life. Success. Stability. Control. That’s why he joined the Marines and that’s why he’s fighting his way — literally — through college. Now that he’s got the rest of his life on track, he has one last conquest: Grace Sullivan. But since he was the one who stopped writing, he knows that winning her back will be his biggest battle yet.

All you have to do to enter to win each week is sign up using the entry form on the left sidebar.
Posted by Christina @ Biblio Thoughts at 1:19 PM