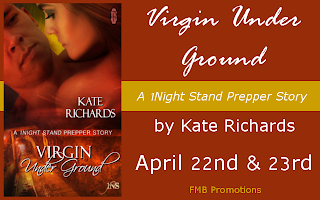 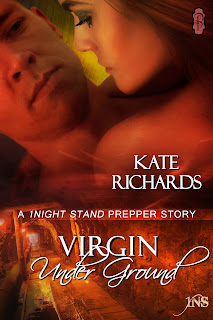 Summary: Doctorate in hand, Jane Ann Summers is ready to return to the South Seas paradise of her youth, when the director of the institute—her mother—drops a bomb. She cannot return until she experiences more of life...a social life

Determined to waste no time, Jane searches for a shortcut and discovers the 1Night Stand dating service. A single night with a Dr. Gerard, geologist…and she can go home and get on with her fascinating study of world weather trends. The only question is whether to have sex with him…after all, it would be her first and maybe only time.

Dr. Lukas Gerard’s own field of study has shown him some alarming trends. He believes a killer earthquake may rattle the Western half of the United States in the near future. In preparation, he has converted an abandoned gold mine to a secret bunker, loaded with supplies and all the comforts of home. Only thing he needs is company in his hideaway. Unsure how to find the right companion, he turns to 1Night Stand, but neither he nor Jane are prepared for the sudden impact of one of Madame Eve’s connections.

Maybe there is more to life than science…for both of them.


Kate Richards lives with her wonderful husband and menagerie of adopted pets in sunny SoCal. She loves the beach, the High Sierra, where she has a very tiny cabin, and spending her days making sure all of her characters—eventually—get to have a happily ever after.