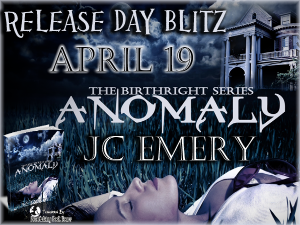 How far would you go to save your sister?

Life as a college senior is stressful enough. Between mid-terms, stupid boys, and a rare blood condition, Eliza Landry is just trying to figure out what normal is—whatever that means—when she discovers that vampires aren’t just a thing of legend.

In a matter of moments, her life changes forever when she and her older sister Kate suffer a vampire attack which leaves Eliza with two puncture wounds on her neck and an allergy to sunlight. But she’s still human, or at least she thinks she is. It doesn’t really matter—her main concern is that her sister is missing.

Sorrow turns to obsession, leading Eliza to piece together the puzzle of that terrifying night. Even stumbling upon a millennia-old vampire assassin named Luke Conrad who either wants to kiss her or kill her (she can't decide) cannot deter her.

When bodies start piling up and one of them is supposedly Kate, Eliza and Luke set out to discover who is behind the attacks. Soon, Eliza is drawn into the dark and dangerous world of the undead, with no guarantee she’ll make it out alive, and no doubt that she won’t like what she finds.


“I take it you’re not a runner,” he said. “Despite all evidence to the contrary.” He eyed my wardrobe. It was obvious how disproportionately balanced our strengths were. I had wished that I could have at least claimed intellectual superiority—knowledge of literature or physics—something that gave me an edge. But I had nothing. I wasn’t sure I could even school Luke in the art of the curtsey considering he was so damn old.

“Um, no,” I said. Luke was stealing glances in my direction. “I’ve never been a fan,” I said and left it at that. I just wasn’t ready to talk to him about my illness yet. Once people knew, the way they saw and treated me always changed. I couldn’t even have a single beer without receiving disapproving looks.

“I wasn’t a runner in my former life, either,” he said. “But then, before I became vampire, in that time, exercise wasn’t a part of a person’s life the way it is now. Exercise used to just be something that people did. It wasn’t something they set aside time for. A woman your shape would have been much desired in my time.”

I turned and glared at him. He must have been joking. A thousand years old and yet he hadn’t figured out that commenting on a woman’s size—whether positive or negative—was never a good thing?

“What I had intended to say,” he said with great care in his voice, “Was that a healthy sized woman was the great ideal for every man. A thin woman was often sickly and unable to bear her husband’s children.” I waved him off and kept walking.

“You’re digging yourself a deeper hole. Just give it up,” I said with more bite in my tone than I had intended.

“What is the appropriate response for a man to give to a woman whose size he has just insulted?” he asked. The look on his face was completely serious. I took several deep breaths and tried to relax myself a little bit. I probably should have told him I was sick because holy crap this was just getting worse and worse. Low self-esteem for one hundred, Alex.

“There is nothing any man can say to make it better once he’s opened his mouth to begin with,” I said with a shake of my head. Having Kate as my older sister had only made me more critical of my body image. Kate had always been thin and fairly athletic. She was energetic and the worst thing she had endured medically was when she had donated a kidney and bone marrow to me when I was a teenager. Even then, after weeks of lying around the house in recovery, she didn’t gain an ounce. I, however, had to go up a pants size. It was hardly fair that not only had I been sick, but I had been blessed with more than my fair share of curves as well.

“That seems a bit unfair,” he said and stuck his hands in his pockets. His shoulders dropped and he seemed to withdraw into himself.

“Welcome to the twenty-first century,” I said and decided to keep my mouth closed for the rest of the trip. 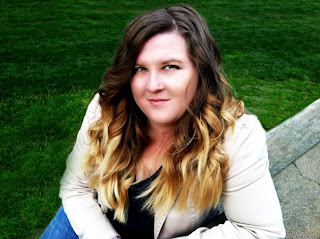 As a child, JC was fascinated by things that went bump in the night. As they say, some things never change. Now, as an adult, she divides her time between the sexy law men, mythical creatures, and kick-ass heroines that live inside her head and pursuing her bachelor's degree in English. As it is for most writers, finding balance is a challenge. JC is a San Francisco Bay Area native, but has also called both Texas and Louisiana home. These days she rocks her flip flops year round in Northern California and can't imagine a climate more beautiful.

With the support and encouragement of her parents and sister, JC set out to figure out what she wanted to do when she grew up. Most days, the jury is still out; however the thing that stuck with her no matter what she pursued was her love of the written word.

JC writes adult, new adult, and young adult fiction. She dabbles in many different genres including science fiction, horror, chick lit, and murder mysteries, yet she is most enthralled by supernatural stories-- and everything has at least a splash of romance.