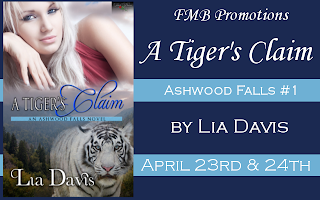 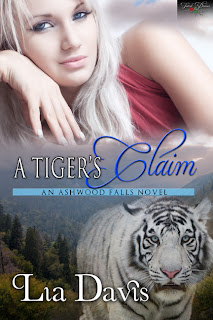 Summary: As the Alpha’s only daughter Shayna Andrews has always been treated like a rare gem, protected like royalty, and she’s suffocating.  Her longing to be independent has driven her to sneak out one evening after dinner. After relishing in being able to run free without an escort, she finds herself face-to-face with the enemy, miles from home, and nearly loses her life until a lone wolf comes to her aid.

Travis Hunter’s main objective is to destroy the Onyx Pack—a group of drug using, murdering rogue shifters. His seek-and-destroy plans are put on hold when he rescues a female from a brutal attack. The beautifully exotic tiger shifter, Shayna, stirs a passion he thought died with his long-lost mate.
When Shay’s first heat cycle slams into her, Travis has no choice but to submit to her needs—and his own. But there is always a price to sleeping with the Pack princess. Not only will they have to face her Pack, Shay and Travis will have to deal with a mating that is beyond a single night and could have consequences more than either of them had thought. And when Travis finds out Shay wears the enemy’s brand, things will go from bad to worse.

Warning: One alpha female who doesn't take no for an answer, a wolf with more on the line than just his heart, and a combustible attraction that's sure to cause more than one sweaty night.

Lia Davis is a mother to two young adults and two very special kitties, a wife to her soul mate, a paranormal romance author, graphic designer, and co-owner to Fated Desires Publishing, LLC. She and her family live in Northeast Florida battling hurricanes and very humid summers. But it’s her home and she loves it!

An accounting major, Lia has always been a dreamer with a very activity imagination. The wheels in her head never stop. She ventured into the world of writing and publishing in 2008 and loves it more than she imagined. Writing and designing are stress relievers that allow her to go off in her corner of the house and enter into another world that she created, leaving real life where it belongs.

Her favorite things are spending time with family, traveling, reading, writing, chocolate, coffee, nature and hanging out with her kitties.