A Magical Journey of Epic Romance

Layla Callaway has found comfort in her new role as a coven member, and she’s declared her love for the heartthrob who led her home, but as beautiful as her life appears, it’s shadowed by the evil threatening to rip it away.

After years of meaningless flings, Quin Kavanagh has finally found love in Layla and yearns to keep her close, but the strength and longevity of their relationship is tested by Finley, a powerful wizard who promises to rid Layla’s life of danger… then claim her as his reward.

They’ve attacked once, leaving Layla with grievous injuries, and the worst has yet to come. The Stranger has drawn closer than anyone knows. And with the disappearance of his lieutenant, Agro is on a rampage, determined to get his witch… or make her family pay.

Stretching from coast to coast and teeming with loathed villains and beloved heroes, The Mystic Series is rich with emotion, magic and intrigue. Whether the reader is laughing, crying or falling in love, they'll find themselves invested in Layla's fate through the rich dialogue and emotionally driven characters that weave the web of this fiery tale.

Tired of talking through the shower curtain, Layla poked her wet head out and found Quin. He’d changed into a pair of shorts and was leaning against the vanity, and his hands were tucked in his pockets as he stared at the floor. Layla hadn’t seen him put his hands in his pockets since the night she met him, so his stance struck her as odd as his voice.

“Hey,” she said, trying to put some oomph into it.

He looked up, smiling when he found her eyes. “Hey back.”

“Stop worrying about me,” she insisted. “I'll be okay.”

He pulled his hands from his pockets and straightened from the vanity. “Are you uncomfortable with me in here?”

“No, but you look uncomfortable.”

She smirked and raised an eyebrow. “Are there any lines left?”

He stepped forward and touched his fingertips to her lips. “A few.”

“Well you're not crossing any right now.”

He took one more step, and his palm slid to her cheek, tilting her head back for a kiss. “You look beautiful,” he whispered.

He raised his eyebrows and grinned. “Exactly.” 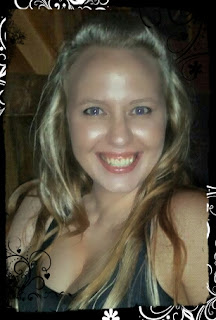 B. C. Burgess is a small town girl born and raised in Oklahoma, where she still resides with her devoted husband and their young son. She’s addicted to coffee and writing and thinks the combination is heaven. Inspired to write by her love of reading, she feels fiction provides a healthy escape from the hardships of life, and hopes her stories touch the hearts of her readers, just as she’s been touched time and again. Though most of her visions flower in the form of fiction, she dreams of the day her passion for writing, along with determination and hard work, will prove to her son creative dreams can come true.
If you like the tales B. C. weaves, let her know. She loves hearing from her readers.