Release Day Blitz: Love Me For Me by Kate Laurens 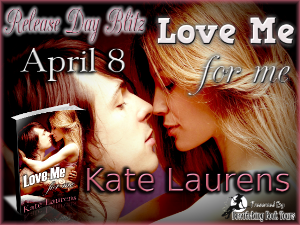 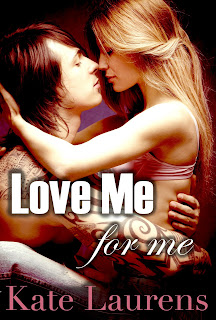 LOVE ME FOR ME
Kate Laurens

It’s been three years since Serena King learned to say no—no to the boys that were a desperate cry for help, no to the extra weight she put on in self defense, and most of all no to the abuse that has haunted her since she was fifteen. Now a sophomore in college, all she wants is to be normal. The last thing she expects is a guy who can make her want... make her want everything.

Alex Blackthorn is a bundle of contradictions, a sexy dark haired badness who goes slow... deliciously slow. And despite the iron will that has gotten her through the last few years, Serena finds herself unable to ignore the heat that sizzles between them whenever they’re together.

Serena never thought she could be involved in a relationship, but Alex makes her long for things she thought were out of her reach forever. When he finds out her secret... when he finds out what she did to keep herself sane... will he still want her, or he will treat her just like everyone else?

And Alex has a secret of his own.

Kate Laurens is a proud Canadian who loves beer, coffee, kickboxing and books. She writes New Adult Romance and falls a little bit in love with each hero that she writes.

Kate loves to hear from her readers. Find her at www.katelaurens.com
She's also on Twitter as @KateLaurens
Posted by Christina @ Biblio Thoughts at 12:00 AM