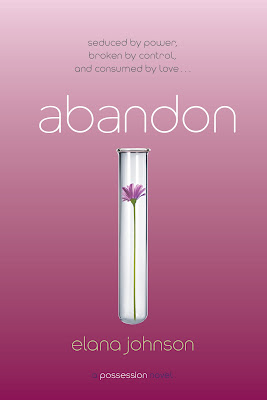 Seduced by power, broken by control, and consumed by love...

Vi has made her choice between Jag and Zenn, and the Resistance may have suffered for it. But with the Thinkers as strong as ever, the rebels still have a job to do. Vi knows better than anyone that there's more at stake than a few broken hearts.

But there is a traitor among them...and the choices he makes could lead to the total destruction of everything Vi has fought for.

Vi, Jag, and Zenn must set their problems aside for the Resistance to have any hope of ending the Thinkers' reign. Their success means everything...and their failure means death.

ALSO: Elana is running a Pinterest contest for the cover. She wants to get 500 pins (or repins) over the next two days. If we can get that many, she'll pick someone who pinned the cover to win a $50 Amazon gift card.  It's so easy to do this. All you have to do is click this PIN IT button and select one of your boards to pin the cover to. Elana has done everything else!

Don't have a Pinterest board yet? Put it on your Tumblr page. Your Facebook page. Your twitter stream. Elana will count those too! Just be sure to tag her (@ElanaJ on twitter, Possession by Elana Johnson on Facebook).
Posted by Christina @ Biblio Thoughts at 8:00 AM