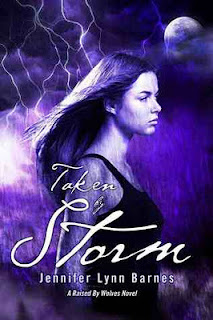 Summary: In the eye of a storm stands Bryn, the alpha of the Cedar Ridge werewolf pack.

She is young. Female. Human. Physically weaker than any werewolf, she could never survive a battle with another alpha, the strongest, fiercest, and canniest of his pack.

Yet she cannot refuse a summons from the werewolf Senate, a gathering of the most powerful werewolves on the continent. The subject is a rogue werewolf, but Bryn knows the other packs want what she has.

Her territory. Her females. Her pack.

They want her death.

Werewolf law prevents the other alphas from making a direct attack. It also prevents her former alpha, the mysterious and powerful Callum, from coming to her aid.

But it doesn't prevent Bryn from knowing what she wants.

To keep her lands. To protect her pack.

Things have been quiet, but they can't stay quiet forever. A storm is brewing and Bryn is smack in the middle. Will she come out unscathed or will the coming storm leave her battered and bruised?

When Shay called a Senate meeting to discuss a string of deaths caused by a female Rabid, it was the beginning of a very trying and painful journey for Bryn. Every future Callum could find was coated in blood, and that Bryn would need to be human for what was going to pass. But being human causes Bryn great heartbreak, because you can't trade a human's life for a wolf's.

Surprise revelations, unexpected allies, and enemies thought to be long dead arise. New bonds are formed, old bonds are broken, and hearts are left shattered. But revenge is sweet and a war is waged. A life forever changed by one fateful attack so many years ago, is changed once again by a leap of faith, courage, and hope.

Taken by Storm is the most emotionally charged book in the Raised by Wolves series. Bryn's strength as a leader, as an alpha, was tested physically in Raised by Wolves; mentally in Trial by Fire; and emotionally in Taken by Storm. As a human female alpha in a world where women are seen as prized possessions, Bryn had to work extra hard to prove that she could lead a werewolf pack in a society where only men ruled. She has more than proven that she has what it takes to be alpha.

I'm not sure if Taken by Storm is the final book in this series or not, but I really hope that there is more to come.
About this Author: 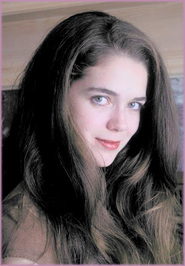 Jennifer Lynn Barnes (who mostly goes by Jen) was born in Tulsa, Oklahoma. She has been, in turn, a competitive cheerleader, a volleyball player, a dancer, a debutante, a primate cognition researcher, a teen model, a comic book geek, and a lemur aficionado. She's been writing for as long as she can remember, finished her first full book (which she now refers to as a "practice book" and which none of you will ever see) when she was still in high school, and then wrote Golden the summer after her freshman year in college, when she was nineteen.

Jen graduated high school in 2002, and from Yale University with a degree in cognitive science (the study of the brain and thought) in May of 2006. She'll be spending the 2006-2007 school year abroad, doing autism research at the University of Cambridge in the United Kingdom.
Posted by Christina @ Biblio Thoughts at 5:48 PM