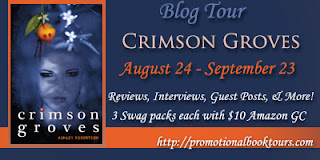 Abigail Tate was a normal human girl. Until the day Bronx the vampire barges into her life and turns her against her will. Held captive while forced to deal with never ending cravings for blood, Abby prays for a way to escape. Only when an opportunity arises, it’s with the aid of an innocent human named Tyler–except vampires are forbidden to interact with the unbitten. But Abby quickly learns this human has secrets of his own…secrets that can either help her or get her killed. Only Abby discovers that she was the one with the biggest secret of them all.

I moved closer to her without thinking, like I was hypnotized by the scent of her fresh blood. It called to me, inviting me to it. I had never tasted blood before, but the instincts that came with my new body naturally brought with them the need for the desired blood feast.
I didn’t bother asking to get the name of the middle-aged woman as I knelt down beside her. My black work shoes squeaked on the wooden floor. Bronx was close by, making some kind of growling noise, deep and guttural. I didn’t care. Everything around me went black, silent. I wanted blood, her blood. Blood, blood, blood.
The woman turned her head to look up at me. Regardless of any discomfort she may have felt, her facial expression was empty, emotionless. He’d assured me numerous times that this was the only way. He couldn’t risk her struggling with me at my weakened state. That’s why her hands were bound. He must be telling the truth, right?
I carefully placed my frigid hands on her warm, plump cheeks. Her body trembled. My hunger intensified. My lips parted, my fangs plunged out. The woman looked shocked, small eyes widening. I could sense that she wanted me to bite her. I was absolutely certain that’s what she wanted. The pulsating vein in her neck provoked me. I leaned down closer and closer, and my fangs brushed across her soft skin just before plunging into it. The woman jerked and tried to pull away, but I was able to hold her head steady. Her blood was rich, velvety, tangy, and sweet, an explosion of goodness inside my mouth. I sucked harder, pulled her closer to me, savoring every last drop.
Posted by Christina @ Biblio Thoughts at 12:02 AM