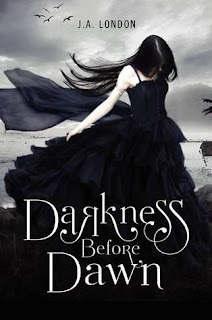 Tagline(s): Only sunlight can save us.

Summary: We built the wall to keep them out, to keep us safe. But it also makes us prisoners, trapped in what's left of our ravaged city, fearing nightfall.

After the death of my parents, it's up to me--as the newest delegate for humanity--to bargain with our vampire overlord. I thought I was ready. I thought I knew everything there was to know about the monsters. Then again, nothing could have prepared me for Lord Valentine . . . or his son. Maybe not all vampires are killers. Maybe it's safe to let one in.

Only one thing is certain: Even the wall is not enough. A war is coming and we cannot hide forever.

Dawn Montgomery lives in a world ruled by Old Family vampires. As the delegate between the citizens of Denver and Lord Valentine, Dawn negotiates the blood supply to the vampires, and ensures the protection of the people living behind the wall. The VampHu Treaty was created to protect the humans within the walled cities, but it also serves to imprison them in those cities. Any vampires within the city are fair game and can be killed by the Night Watchmen. But when Dawn meets Victor, she learns that not all vampires are the monsters she thought they were.

The deaths of Dawn's parents and brother have influenced her view of vampires. She doesn't know how her parents died exactly, only that they were ash by the time the Agency got to them. Her brother Brady's death was more traumatic. A vampire attacked their home and Brady put Dawn in a closet to protect her. His final words to her were, "Don't be afraid of the dark," and then all she heard after that was his screams. So you can see why Dawn views vampires as bloodthirsty monsters. But Victor slowly shows her that not all vampires are like the one that killed her brother.

In the prologue we see Dawn's parents before their eventual deaths and the assassin asking, "Does your daughter have any idea about her true heritage?" This leaves me wondering, is Dawn more than human? Dawn mentions how the sunset calms her. This makes me think that she has some vampire in her. Lord Valentine mentions his other son turning her into what she was always meant to be. What is Dawn meant to be? These questions aren't answered in Darkness Before Dawn, but I hope that was get even just a little hint in the sequel, Blood-Kissed Sky.

"You're not what I thought"

"I think you're the closest thing to a sunrise I'll ever see."

"You're not a monster, Victor."

"I think I can actually hear my heart breaking. Once again because of a vampire."

J. A. London is the mother-son writing team of Rachel Hawthorne and her son, Alex London. Rachel has written many novels for teens, including the popular Dark Guardian series. Alex, a recent graduate with a degree in Historical Studies, enjoys combining history and fiction to create unique worlds. The Darkness Before Dawn series is their first joint project.
Posted by Christina @ Biblio Thoughts at 4:43 PM