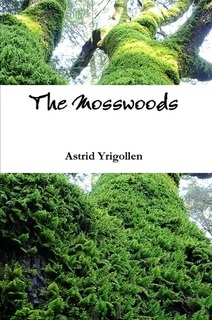 Summary: Poppy Mosswood like most 17 year olds wants to lead a normal life. But the Mosswood family is anything but normal. Keepers protect the land from humans who would exploit it. For in the forest dwell wondrous creatures and dangerous beings. Beings that would love nothing more but to overthrow all of mankind.

Ruthless billionaire Preston Buckthorn moves to town planning to marry Poppy to his son Brad. Brad wastes no time trying to win her heart but his love is warped by the taint that runs in his blood.

As Poppy is taken in by Brad's charms the appearance of a handsome stranger from the forest awakens her heart even though it is forbidden by both their worlds. From his long dark green hair to his piercing eyes, Ashtel is beautiful and powerful. He feels the danger that has emerged to threaten both of their worlds.Torn between pledging herself as a Keeper, Brad and Ashtel, Poppy is unaware of the true identity of Preston Buckthorn and that his sinister plan includes much more than just owning Mosswood forest.

The beginning of The Mosswoods was kind of slow--basically just introductions of the Mosswood family and forest--but the prologue kept me intrigued about what was going to happen. The second half of the book is when things really start to pick up. I was glued to my seat the whole time.

Poppy Mosswood is a character easy to relate to. She's at a crossroads. Should she follow in the footsteps of her family and become Keeper of the forest? Or should she go out on her own and experience the world? Every teenager that's about to graduate from high school and become an adult had to choose what they are going to do with their lives, and it's no different for Poppy. Well, except for the magical forest in her backyard that she's meant to protect.

Astrid Yrigollen does and amazing job describing the world--especially the forest--of The Mosswoods. I could picture the ancient and magical forest, with its assortment of peoples and creatures, so well. Mosswood Forest is definitely a place I would like to visit if it were real. On second thought, maybe I'll stick to just imagining the forest in my head. Id' rather not meet a Boarman and get eaten by him.

But there is one creature from the forest that I would love to meet--and that's WATTY! I liked Watty from the beginning, but once he started talking I couldn't help but love him. He's so funny and adorable--for a fierce werecat that looks more like a saber-toothed tiger, that is!

Poppy has to choose between Brad and Ashtel. She feels drawn to Ashtel, but feels a sadness when she's with Brad. You would think that it would be an easy choice, right? I could feel the sincerity of Ashtel's feelings for Poppy, but I always thought that Brad was a little sketchy. I would definitely choose sincere over sketchy any day. But Poppy has good instinct and I know she'll pick the right guy.

I was totally geared up for the happily ever after ending and was shocked by what actually happened. It's a great lead-in to the sequel and the sneak peek at the end does not disappoint. I wish I had the next book in my hands right now! 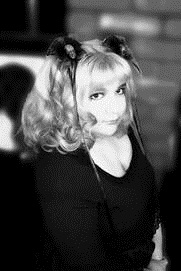 Astrid Yrigollen is a self published Author of Young Adult and Children's books. Astrid started her writing career when she begun work for the international video game giant, Sega of America. Working her way up the ranks, she began writing companion guides for games. With a love for writing fiction since childhood, she took her short stories out of storage and had her first story ever written published. It was only after that she found out that first stories are never published!

She has resumed writing full time and has succeeded in putting out the titles, The Doughnut Tree, Mysterious Pootkins , and The Mosswoods to name a few. Her short stories have appeared in the literary journal "Threshold Press" and Shock and Awe Magazine.

She finds writing for young adults both refreshing and challenging. She always wishes to provide examples of positive role models, conflict resolving methods and communication for young adults with their parents or guardians.

Her newest book release "The Zombie Playground: A Creature Compilation" is a collection of seven short stories geared towards young adults. In no way gory, but more realistic then her other works, Astrid attempts to magnify the human quality that we give some of our monsters and to let us remember that not all 'monsters' are bad.

Upcoming releases this year include two book length young adult titles, "His Black Wings" and the sequel to "The Mosswoods", "The Uprising" due out in December 2012. 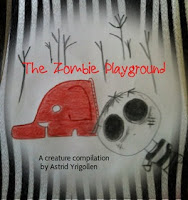 Posted by Christina @ Biblio Thoughts at 8:00 AM