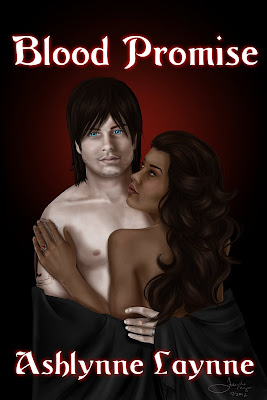 "Their love is fated by an ancient prophecy. Now the promise is fulfilled.”

Ascher Rousseau is a half-human, half vampire whose life has been a series of prophecies and predictions. After finding incredible love and passion with Shauna—a Wiccan with powers beyond anything he’s ever known—he seals to her and hopes for happiness. But his enemies seek to destroy all that he loves, and he finds that happiness never lasts for long.

Darkness is descending and a vampiric revolution is nearing. A new brood of hatchlings is born to join their darkling brothers, in preparation for war. A preordained chain of events is set into motion that could lead to the rise of the demonic “cloaked one” and his half-human fallen children, while ending humanity—as we know it.

Can a supernatural love and the loyal bond of a family save the Rousseaus and the world from certain extinction?

Ashlynne Laynne has always had a soft spot in her heart for vampires but grew tired of the garlic fearing, sun loathing creatures of old. An avid horror movie fan, she tends to enjoy media and music that is of a younger, more eclectic nature. This was the catalyst for her writing The Progeny Series. The vampire/witch pairing is unique and different when most books pair vampires with werewolves.

The infinite possibilities, for such a wicked and unique couple, intrigued her. There is no shortage of romance, steam and surprises in The Progeny. These books are for adults and contain adult sensuality and themes, but minimal profanity. She loves writing on the edge and teetering between the erotica and romance genres. She thinks of Ascher and Shauna as the damned version of Romeo and Juliet.

In her spare time, Ashlynne enjoys cooking, reading and spending time with her family. She juggles the hats of wife, mother, full time employee and part-time writer, hoping to write full time one day soon.

Ashlynne lives in North Carolina with her husband and teenage son. 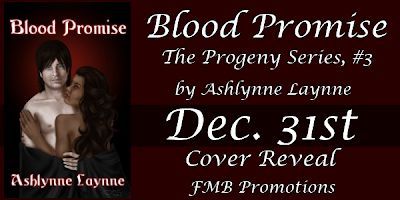