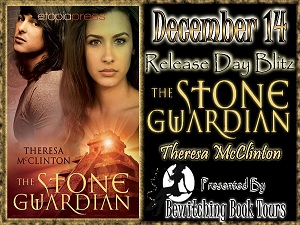 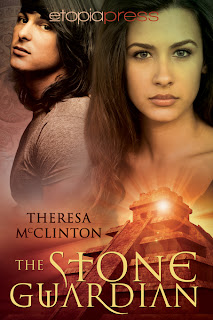 Like any other teenager in America, Ashley just wants a normal life. But growing up in an orphanage for the insane is anything but normal. After endless therapy and increasing medication, her nightmares have only gotten worse.

Probably because they’re not nightmares.

When Ashley’s mysteriously abducted, she finds a reality even less normal than the orphanage. And she discovers something else—she’s no ordinary orphan. Faced with enemies thought to only exist in fairy tales, Ashley discovers she possesses a powerful Maya bloodline. She’s the daughter of an ancient Maya Guardian, whose duty is to protect the Stone of Muuk’ich, an enchanted relic blessed by the gods. But first she must get it back from Sarian, a power-hungry demigod who slaughtered the last guardian—Ashley’s mother. Without the stone, all will be lost.

When she meets Arwan, a hot Belizean time bender, his delicious olive skin and dark eyes make her feel a little less alone. But his gentle whispers and reassuring touch might not be all they seem. How can she balance love and duty when it’s up to her to prevent the rising of the underworld? Especially when the guy she loves might be its crown prince…

“Where are we going?” Ashley asked, walking a few steps behind. Arwan slowed his pace for her much shorter stride. She wasn’t used to hiking in the jungle, but she didn’t want to show it. He found that a cute addition to the many things he admired about her.

Without offering an explanation, he grabbed a stick from the ground. If he told her where he was taking her, it would ruin the surprise. He just hoped the creatures hadn’t taken shelter somewhere else because of the heavy rains.

Soon they arrived at a clearing where hundreds of tall, thin bushes with elegant purple blooms covered the ground. Mature trees formed a canopy overhead, while gaps in the branches allowed the sun to speckle the jungle floor with light.

“I thought you would like it here.” He watched for her reaction.

She inspected the space. “It’s neat.”

Of course, she didn’t know why they were really there. He watched her shift her weight. Did she lie when she said he didn’t make her uncomfortable? It seemed like he did. Every time he smiled at her, her cheeks flushed or her muscles tensed.

Arwan gently took her hand. She allowed him to, without hesitation. It was the first time.

Carefully, he guided her through the maze of shrubs. When they reached the center, he stood in front of her and put his lips close to her ear. “Can I hold you?” She took a small step back. He waited for her to decide and, at the slightest nod, took her hand. “I just want to show you something.”

He slid his hand gently around her waist and drew her close. Her chest jumped when they pressed together. He savored the feeling of her drumming heartbeat. In fact, he could almost hear it.

She rested her hands against his chest, and he wondered if she felt his heart drumming too. “You’re blushing.”

She pressed the backs of her hands on her face. “I am?”

He caressed the silky curve of her cheek. “You’re lovely when you blush.” The stick secure in his hand, he extended it to the side. “Watch.” With a powerful strike, he whacked a nearby bush on its base. Dozens of butterflies launched into the air.

The flight of few caused a chain reaction, and soon they blanketed the sky. Several landed in her hair and on her arms while more flew overhead.

Arwan tilted his head back to the sky. Ashley gasped and stared at the countless array of colors gliding overhead. A butterfly rested on his shoulder, pumping its cobalt blue wings. She gently blew on it, her warm breath caressing his neck.

His chest swelled with longing. He clenched his jaw. Watching her lips form into a soft circle, she continued to blow on its colorful wings. He had never wanted someone so fiercely. She brought something out of him he couldn’t control. Something instinctual, animalistic. He watched her lips, longing to kiss her. To feel her mouth pressed against his. The need surged in his chest and spread throughout his limbs. He tensed and pulled her closer.

He knew he had to be gentle. As much as he tried to conceal the need, it threatened to destroy him if he didn’t at least try. Slowly, he leaned in to kiss her. His lips hovered above hers. Her hot breath broke over his mouth.

Ashley gasped and stepped back. Her teary eyes forced him to look away. He silently cursed himself. He’d pushed her too far.

Before he could respond, Ashley ran back toward the house, leaving him alone in the clearing.

He watched her stumble through the trees until she was gone. The jungle was quiet, except for the sound of chirping birds and the rustling of lemurs in the trees.

He turned, balling his fists. What the hell was he thinking? He’d known that if he tried to kiss her, it would push her away. He should have shown more restraint.

Each of his steps pounded against the jungle floor. The birds’ chirps ceased, and the lemurs took quiet refuge in the branches. When he escaped the maze of bushes, he charged his fist into the trunk of a mature tree, spitting layers of bark and redwood in every direction. 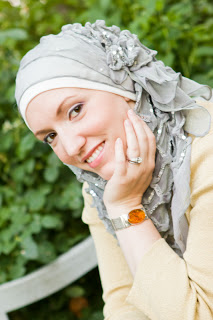 A long time enthusiast of things that go bump in the night, Theresa started her writing career as a journalism intern—possibly the least creative writing field out there. After her first semester at a local newspaper, she washed her hands of press releases and features articles to delve into the whimsical world of young adult paranormal romance.

Since then, Theresa has gotten married, had three terrific kids, moved to central Ohio, and was repeatedly guilt tripped into adopting a menagerie of animals that are now members of the family. But don’t be fooled by her domesticated appearance. Her greatest love is travel. Having stepped foot on the soil of over a dozen countries, traveled to sixteen U.S. states—including an extended seven-year stay in Kodiak, Alaska—she is anything but settled down. But wherever life brings her, she will continue to weave tales of adventure and love with the hope her stories will bring joy and inspiration to her readers.