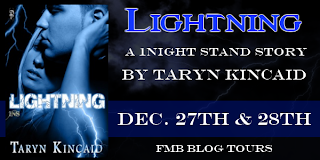 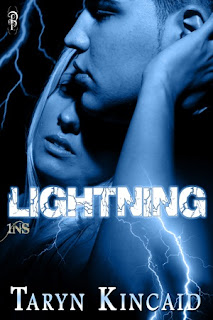 Summary: In mystic Sleepy Hollow, succubus Lily Night put her prom date, Campbell Jones, into a coma after a night of wild, unbridled sex. She has steered clear of mortals ever since, afraid of damaging them or worse, not to mention the inconvenience of knocking out the power every time they have sex.

Successful architect Campbell Jones has lived with strange powers and a sexy secret since that prom night. He’s buried himself in work to forget the woman who’d dumped him at the ER then vanished from his life without a trace.

Neither Lily nor Campbell have forgotten that night or the love they’d shared. Will a 1Night Stand help them bury their past?

I really liked Lightning! Lily left Camp their senior year during prom after putting him in a coma after having sex. Just disappeared, leaving Camp to deal with all the strange changes that happened to him after that. 10 years later, it's their high school reunion. Both are dreading and secretly hoping to run into each other again. Neither has been able to forget the other. And thanks to Madame Eve's 1Night Stand service, sparks fly between them once again.

There was something really sweet about Lily and Camp, especially at the end. And it's interesting that Camp developed all these powers after being in a coma senior year. Is he now an incubus? Or is he still only a human, but with supernatural powers? It's never stated right out if he is or not. I think he must be at least half incubus if not a full one.

I can't wait to read Thunder, the next book in the Sleepy Hollow series, which is also a part of the 1Night Stand series. That is about Camp's younger brother Sean and the witch who is having her house renovated by the brother's construction business.

A former award-winning newspaper reporter and columnist, Taryn currently slaves away in the booby-trapped field of law, escaping into the delicious world of romance every chance she gets. She is a member of Romance Writers of America, Hudson Valley RWA, RWA’s Beau Monde chapter, RWA’s Fantasy, Futuristic & Paranormal chapter, and RWA’s Electronic & Small Press Authors Network.

She lives in the historical Hudson River valley region outside of New York City, where the shopping is fabulous, the scenery is awesome, and things can very often be relied upon to go bump in the night.

Taryn loves to hear from you! Find her on Twitter, Facebook, Goodreads, and her author page at Amazon.com.  Check out the CONTACT page to email her and feel free to leave comments on the BLOG.