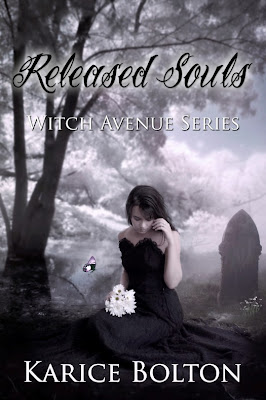 Triss and Logan’s love is becoming stronger by the day as they harness the powers between them, but will that make them blind to the evil they’re facing?

After uncovering startling information about her family, Triss is determined to right the wrongs of her ancestors. Triss and Logan uncover who has infiltrated the covens across the globe, and they realize the plans of the dark side are far more sinister than they’d ever imagined.

As the power of this hidden world is exposed, Triss learns her role in the covens. With Logan, Dace and Bakula’s assistance, Triss is now able to fully realize the abilities her ancestors have given her.

It won’t be long until the dark forces regain their strength, especially as their leader, Eben, continues his quest for a power that can never be revoked. Triss must stop him before it is too late.