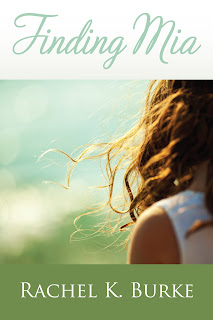 Intelligent and fiercely independent, sixteen-year-old Mia Marchette has never had a childhood. After her father’s disappearance when she was six, she has alone borne the burden of her mother’s bipolar disorder.

When her mother is institutionalized after a failed suicide attempt, Mia is abruptly forced to live with the estranged father she has not known for ten years. She is shocked to discover that he has created a new, picture-perfect life for himself, and is now living with a stepmother and a half-sister Mia never knew she had. Together, Mia and her new family must face the bitterness, mistakes, and long-hidden secrets that threaten to destroy their precarious happiness.

Finding Mia follows Mia's journey as she searches to find the unanswered questions from her past, leading to her own self-discovery.

Ultimately, this is a story of confronting pain and finding freedom, of letting go and learning to search for love in unexpected places.

Suzanne cradled the newspaper in her hand, her eyes skimming the page for the hundredth time. There, on page 32, in boldface print, was her stepdaughter’s name.
Boston Globe’s 10th Annual Writing Contest
The Boston Globe celebrated the writing achievements of three high school students on May 17th, honoring them as the finalists in the Globe's 10th Annual Essay Contest for youngsters in grades 9-12. Students were asked to submit a maximum 1000-word essay on the greatest obstacle they’ve ever overcome, and how that has impacted the person they are today. The finalists were selected from nearly 3,800 entries submitted to the newspaper.
Winning Essay: Letting Go
By Mia Marchette, Hingham High School Junior
Someone once told me that the hardest choice a person will ever have to make in life is deciding to let go. Even if it’s the right thing to do, even if it’s the only thing, giving up something you love, or something you believe in, is never easy.
You ask me to describe an obstacle in my life, but in all honesty, I feel as though my entire life has been an obstacle. In today’s world, society has become so self-indulgent and preoccupied with materialism and social status that it seems as though kids have lost sight of what’s truly important in life. But when you grow up with a mother with Bipolar disorder, you don’t have the opportunity to be self-centered. She comes before everything. While other kids are focused on their own wants and needs, my first priority is always her.
Caring for a Bipolar parent isn’t a choice you make, it’s a choice that’s made for you. It’s like trying to find a light in the dark, when the darkness has swept an endless path across your entire life. After a while, it was as if I’d become her shadow, pushing my hopes and dreams to the back to make sure she would get through another day. But surprisingly, caring for my mother isn’t the obstacle I had to overcome – that’s a battle we’ll always have to fight. My greatest challenge was gathering the ability to let go.
My father left when I was six, and even after he was gone, his absence was still a presence, a reminder that a better part of our lives had once existed. The more time passed, the more the memories of him began to disappear. You can actually feel the image of his face fading from your mind. Then you begin to forget what color his eyes are, the sound of his voice, the shape of his smile.
My anger towards him wasn’t immediate, it was layered with an initial period of grief, a sadness that multiplied and changed over time. But as I got older and the unanswered questions began piling up, the reminiscence eventually faded to resentment. My father had become just another self-serving member of society, putting his own needs before his family.
When my mother was hospitalized for her illness, my father was unexpectedly cast back into my life. At first, I was unable to distinguish all the feelings I’d been suppressing since childhood, but by the end, it didn’t matter. I may never understand why he left, I may never be able to take back those missing years, but sometimes, the only thing left to do is to let go. And it was then that I realized that the reason my father left wasn’t because of my mother, or even because of me. It was because he was letting go, too.
Forgiveness isn’t something that happens overnight, and it isn’t something that’s done for the benefit of the other person. Forgiveness is for you, because it’s the only way you can allow yourself to move forward. I understand that fear can highlight a person’s vulnerability and cause them to act beyond explanation. Rather than dealing with the problem at hand, often times it’s easier to avert your eyes and hope the problem will somehow take care of itself if left alone long enough. It’s not the right thing to do, but sometimes, it’s the only thing. Otherwise, you begin to lose the broken pieces of yourself, one by one, stripped away until there’s nothing left.
Everyone has a role in today’s world, and part of what makes us who we are is having the ability to overcome obstacles and learn from them as we go. What I’ve learned is that any obstacle we are given is a gift, to allow us the chance to grow stronger and to shape the people we are today, as we are nothing without our experiences, and our experiences are nothing if we don’t learn from them. 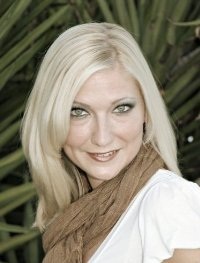 Rachel was born and raised in Boston, MA. She currently resides in Los Angeles, CA.

She graduated from Bridgewater University in 2011 with a B.A. in Communications and Media Studies.


Links to find/buy the book: