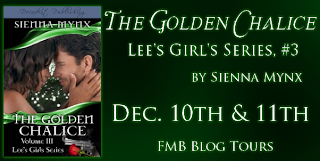 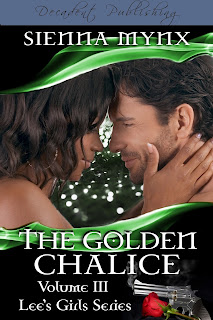 The Golden Chalice has been found. But at what price?

Michelle Dixon faith is shattered with the loss of her unborn child. She struggles to remember the reasons why she ever believed life as a jewel thief could ever bring her happiness. The truth is her belief was centered on her love for one man. It’s no longer enough. Though Lee Sullivan has made many mistakes, choosing love over greed isn’t one. Now with his enemies circling he battles the odds for another purpose. Winning back his woman’s heart.

After surviving the depths of Lee’s betrayal of her trust, Michelle decides to play one final hustle. The stakes? The love neither of them thought possible. There remains one problem. Lee won’t lose her. He can’t. Lee knows Michelle plots against him and he understands why. He must race against time and those determined to steal the Chalice in order to salvage what is most important to them both. And he will do it at all costs.

Win or lose, Lee’s fate is hers.

After a shocking turn of events turns their lives inside out Michell and Lee both discover the greatest treasure to be won.

Love. For it conquers all no matter the price.

“What I want is to stop your pain. If I could have my wish it would be…I’d want our child to have lived.” His expression stilled and grew serious.

“Let’s be honest, Lee. Any child you and I have we’d destroy, after we destroyed each other.” She made to move around him and he stepped with her, blocking her pass. “Lee, move.”

“Take it back!” He frowned with cold fury.

Michelle adjusted her smile. “Why?”

“Don’t you ever dismiss our child’s death. Take it back!” he said through clenched teeth.

Michelle, shaken by the threat in his tone, had to lower her gaze. “Okay."

Lee’s voice dropped an octave when he spoke again. “We lost our baby. It’s my fault. I should have protected you, trusted my instincts.”

“Stop it, dammit!” Lee blinked at her, confused. “Stop, okay? No more violence. I can’t take it.”

He touched her and she shrugged off his hand. Lee persisted and she was forced into his arms. Soon hers, of their own accord, were circling his waist. He kissed the top of her head. Stroked her hair.

“My first priority is you. I had to make sure you were okay, Michelle. Now that you are we’re starting again. Nothing has changed between us.” He relaxed his hold on her and brushed her cheeks with the backs of his fingers. She tensed over how soothing his touch was. With mild force, Lee grabbed her face in both hands. He brought his forehead down to hers until their skulls met. Michelle winced over the burn it drove through her brow, and gripped his wrist, trying hard to free herself. But his lips covered hers before she could manage the break. A crushingly needy kiss followed. She softened under its weight.

“Forgive me.” He breathed into her mouth, trying to pry her lips apart for another kiss. “Damn it, Michelle, forgive me, baby. Don’t make me beg.”

Michelle lowered her hands from his wrists. The caress of his lips inspired a trickle of love, sparking forbidden desires for him in her heart. What the hell was wrong with her? How could she even stomach the thought of them, together, now? Yet she could. It would be her secret truth. She loved him so badly, the truth hurt. 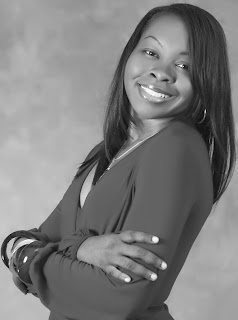 Sienna Mynx is your naughty writer of Contemporary, and Historical Interracial Romance. Her tales are for readers that love the bad boys but desire to be the women that tame them. She currently has 22 published books, as an indie author. A current resident of southern Georgia, Sienna Mynx has emerged into the e-publishing scene deciding to take the business by the horns.