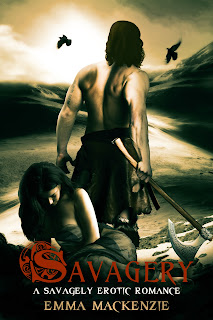 Summary: In 10th century France, 18-year old Cherine Cadet only knows one thing: that the life of a peasant isn't a life at all. Tired of working in utter poverty for an unfeeling Lord, with only her indifferent family and love-struck best friend as company, Cherine dreams of the day she can run away from the future set-up for her, even if she knows there's no real escape from her destiny.

Then, in one brutal instance, everything changes. A Viking fleet led by the powerful nobleman and warrior, Rolf the Walker and his right-hand man, Erik the Axe, arrive on the shores of the Lord's estate. In minutes, the entire land is up in flames, Cherine's family and fellow serfs are killed, and Cherine comes dangerously close to death herself. She is saved only by the fierce Erik - but a new lease on life comes with a cost.

Cherine becomes a slave to the Vikings, a fate she thinks is no better than the one she had before. But as she finds herself being shared between the two men, the savage and darkly handsome Rolf and the mysterious and sensual Erik, Cherine discovers that she too has a fiery warrior heart and that the flames that consumed her old life might burn them all to the ground. 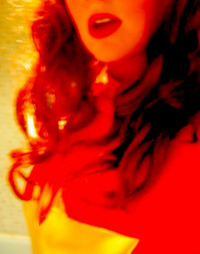 She is a fan of red hair, stuffed animals, nori seaweed, and coffee, as well as things she used to hate as a child, including beer, naps and being spanked. When she’s not trying to tone down her purple prose, you can find her nose-deep in a book.