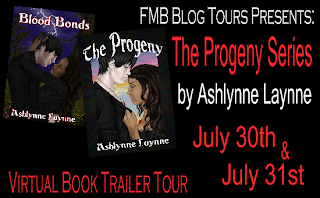 I'd like to thank Holly @ FMB Blog Tours for giving me this opportunity to participate in the THE PROGENY SERIES Book Trailer Tour. There is a TOUR WIDE GIVEAWAY at the end of the post. Be sure to thank Ashlynne! 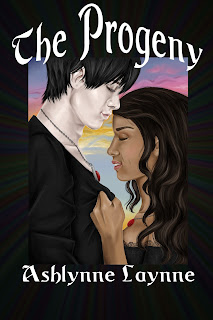 
Book Description:
“No fate other than the one I choose.”

The timeless creed, and tattoo, bore by the Rousseau’s— a vampire clan with the purest bloodline of any vampire family. Out of this clandestine group came one who was different, yet the same: Ascher-a half-bloodling— half- human, half vampire.

Ascher questions the purpose for his existence and which world he truly belongs to: the human world or the vampire world. Two months from sealing to Ursula— a prearranged union to a woman he abhors — he’s at his wit’s end. He knows if he calls off the sealing, the Romanian clan will strike with deadly force, but he cannot see eternity with a cold empty shell of a woman like Ursula.

Just when he thought life was complicated enough, he meets Shauna— a beautiful, bi-racial human Wiccan — and immediately develops an unshakable attraction to her. She makes him feel alive and vital despite his origins and Ascher makes a decision that turns his immortal world upside down. 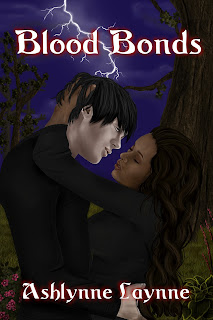 “Forever. For always. For eternity.”

The ties that bind two hearts are powerful. For Ascher Rousseau and Shauna McCutchin, it’s more than just a blood bond. Their union is that of vampire legend. Their love is a predestined prophecy foretold centuries ago.

It’s a week before Ascher and Shauna's sealing and the couple is making final preparations for their eternity, but Ascher's ex has other plans. Ursula is hell-bent on revenge—revenge fueled by lover's scorn and her father's death—and she begins breeding a fresh army of newborn darklings to do her bidding.

When Ursula finds a new weapon—an ally with the capability to dismantle the Rousseau clan— Ascher and Shauna's bond is tested and they must stand together against Ursula or lose each other for eternity.

GIVEAWAY:
a Rafflecopter giveaway
Posted by Christina @ Biblio Thoughts at 12:02 AM