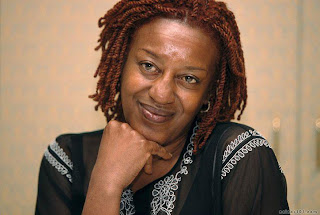 CCH Pounder is playing the part of Madame Dorothea in 'City of Bones'!

Madame Dorothea was a lot of fun to write. She’s Clary’s downstairs neighbor and a “witch” — the kind with crystal balls and Tarot cards. Her secret is that none of that magic is at all real: it’s a cover for the powerful position she actually does hold in the secret society of Downworlders.

You may know her from The Shield. Or The X-Files. Or Warehouse 13. Or ER. Or The West Wing. Or pretty much every cool show in the known universe. Our director’s wanted to work with her for ages and I think she will be amazing. Welcome, CCH!